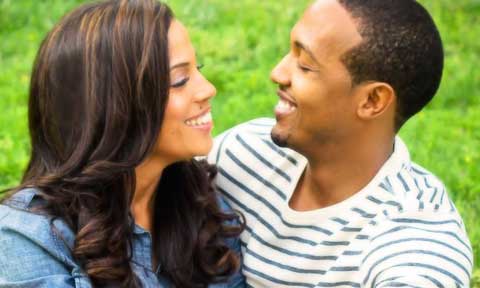 One of the reasons you shouldn’t punish yourself with such guys is that they have no business dating in the first place. What can someone who hasn’t figured out his life offer you as a woman?

If a man doesn’t know where he’s headed in life or what he wants to do to make money, what does he need you for? He should go and figure out his life first before looking for where to sweat and release his semen. Being broke is not a virtue.

Dating a broke guy is bad. Don’t do that to yourself especially if you are an ambitious, hardworking and successful lady. Don’t listen to people who tell you that maybe God brought you into his life to lift him out of the pit of financial lack. You are not Jesus. You can only support him but you can’t make money on his behalf. He needs to do that himself.

A broke guy who is in relationship is not being true to himself. You don’t expect a woman to love you when you don’t even love your broke self. Instead of mounting pressure on your woman to put up with you when you are broke, go and make legit money.

A woman shouldn’t be expected to bear the burden of a broke man. That’s unfair. Even an independent woman who is not interested in a man’s money doesn’t have to settle for a man who is broke. She needs a man who is focused, one who has vision and the one who knows what he wants out of life and not one who can’t even take care of himself.

READ ALSO: Nigerians Do Not Need A Celebrity To Give Them A Voice -- RMD

Ladies, you won’t be at peace dating a broke guy. He will keep complaining about your clothes, your hair, your house and the things you can afford. He will emotionally blackmail you with his inability to catch up with you financially. Stay away from such distraction.

A broke man will claim that the reason you keep talking to him anyhow is that you are richer than him. Let him go far. You don’t need such a man around you. He will destroy your destiny with his broke, inferior self. Leave him alone to go find his level before he uses his reggae to spoil your blues.

Ladies, don’t be carried away by emotions. Love doesn’t pay house rent, pay for power bills, hospital bills or buy foodstuffs. Love without money is punishment. You must stay away from that kind of love. If he doesn’t fit into your lifestyle and plans for the future, leave him alone. You shouldn’t be punishing yourself like that.

A broke man needs time alone to figure out his life and not go about dumping his frustrations on different women in the name of dating. You may jump into conclusion that girls don’t want to date broke guys because they have nothing to offer financially, but no girl came to this world to suffer on behalf of any man. The relationship will be full of anger, frustrations and unnecessary fights. Who needs all that stress in Nigeria of today?

A relationship with a broke guy is boring. There’s nothing exciting about moaning and complaining about money when the guy is doing nothing to change his condition. When your mates are going out with their men, showing them proudly to everyone they meet, you are stuck with your broke guy indoors sweating. Even sex with him is hell.

Dating a broke guy means courting disgrace. It is annoying that he is not buying you things, but he feels entitled to complain about the things you buy for yourself. Whether you want to hear it or not, money will cause fight between you and your broke boyfriend. Little things will cause big fights when a broke man is in the mix. The stress is not worth it. Let him date himself.

It is funny that broke guys demand excessive respect. Even rich guys who can afford to buy expensive things for their women don’t demand too much respect as broke guys do. They have this false sense of entitlement that makes putting up with their lack of money hard. The issue is not being broke but demanding respect when you don’t offer your woman anything but anger and frustration.

Nigerian men are quick to insult girls who say they can’t date broke men. Instead of focusing their energy on making money, they are tearing their boxers over a woman’s decision to stay away from broke men. If you are broke, you don’t have a business dating a woman. You will add to her problems. Sort yourself out first.

Ladies, you shouldn’t be sleeping with a broke guy. You have no business sharing a bed with a man who has nothing to offer himself. You have to love yourself enough to stay away from broke guys. It is a waste of time.

Even if you feel age is no longer on your side and you must be in a relationship or get married by fire or by force, don’t go close to a broke guy. If you eventually marry him after months or years of scheming and putting up with his many dramas, you will regret it.

Dating a broke guy means walking on egg shells. These guys ooze out low self esteem and they will infect you with it. You will be constantly careful not to make them feel bad for not having money. They won’t understand why you have to go out or meet a new client or expand your business. They complain a lot and before you know it, they get aggressive. A broke man has a fragile ego that you must keep massaging just to make him feel better.

Ladies, don’t allow the pressure to get married push you into the hands of these boys who are broke but demand respect like it is going out of fashion. If you want to live a long, peaceful life, leave broke guys alone.