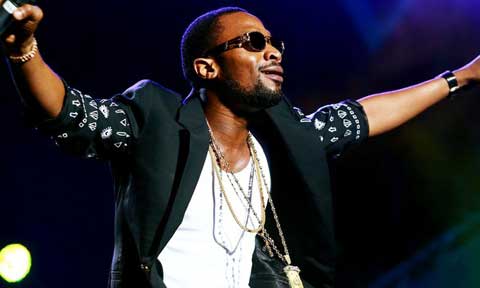 He made this known during the one year anniversary of CREAM, a digital platform established for talent hunt. The Koko Master, is no doubt fulfilling dreams for talented people in the industry with his innovative digital musical platform.

Addressing newsmen yesterday, September 28, D’banj expressed gratitude to his telecommunications supporter, BOI, amongst others for immensely supporting the creative industry through his initiative.

His words; “I just want to thank our partners. First, those that believed in us when we have the idea and brought it to them.”

“A big thank you to BOI. Though, I have been an ambassador and the reason I agreed to be their ambassador actually came into play when we launched the CREAM platform. When they approached me, they were more particular about helping the creative industry and were like ‘we don’t understand how you guys run your businesses, but we have interest in working with you. If you can work with us as an ambassador, we will show you one or two things.”

“So we started working together the best way I could. I think I first ventured into Koko Garri, which is a business that is doing well. I believe that when the opportunity came through CREAM platform, I also showed it to them.I am happy that BOI gave us a loan to start off.”

“I am happy that BOI gave us a loan to start the CREAM platform, which we paid back in 6 to 9 months. At least, it is a great feeling to testify that, if you have a creative idea and you are bringing to BOI, it might take a while oo, they will surely leverage you.”

“As for the timing, it might take a while. And I can say for myself, that we had even launched the CREAM platform before they disbursed the money, which eventually helped us in the marketting. We got a loan of N50m from BOI and I can’t thank them enough.”