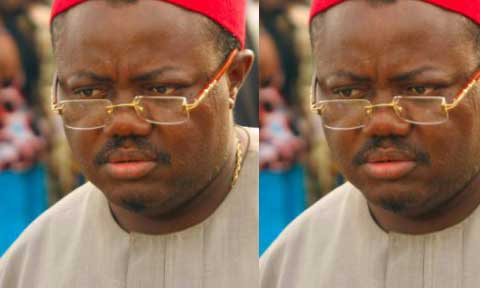 Prince Ifeanyi made the revelation during a media chat with Nigeriafilms.com correspondence, Emmanuel Omene-Johnson during the Lagos audition of the just concluded Miss Classic International 2017.

He said, “We don’t have stars in Nigeria. All we have are popular people, actors. We have popular actors and actresses.

“We have never had a star. All we have had till date were just popular people.”

The Nollywood opinion leader continued in his apostasy, “A star is one that commands payment of over fifty million naira per movie shoot.

“Imagine how stars are paid overseas. How do stars live abroad as compared with those in Nigeria? Living in one-bedroom apartments? No.

“If it wasn’t Glo and other telecommunications outfits helping them with endorsement deals, where would they have been?

“Movies are supposed to pay the actor and not branding.

“Nowhere! They fail to continue to shine because they refused to listen to their leaders. They are all stubborn and proud people. What’s happening to them is a dog-eat-dog syndrome where they fight to outshine one another.”

The broadcaster and TV content provider turned movie maker and administrator, “Look at situations where fees rejected by a star are cornered by others out of hunger and the drive to be relevant.

“Anyway, I’m of the view that it’s all because of the bad economy that good stars don’t shine in Nigeria.”

READ ALSO: Niyi Johnson At War On His Failed Marriage To Toyin Aimakhu

He went on a comparable analysis of actors and other stars from the football world, “Have you seen the houses of footballers? There is a rat race within the file and ranks of movie actors.

“Remember the law of demand and supply. It’s taking center spot in Nollywood. Presently, there are more actors than movie scripts. It’s compounded with the fact that there are new and better actors coming up the stage every day. But worst of all, is that while the new ones are taking over the place the older ones don’t want to live.

“The problem is hampered by government’s refusal to support the industry. This is a country where our actors get more attention than politicians but they don’t use their influence well.”

Dismissing the age-long rivalry between the President of AGN, Ibinabo Fiberesima and Emeka Ike with the wave of the hand, Ifeanyi Dike said, “There is no trouble with the Actors Guild of Nigeria. What you perceive as trouble was the handiwork of those the media is giving undue publicity to. Those are the people that think they can gain from crisis.

“In every twelve there must be a Judah. Some people make profit from crisis. The AGN is above that and we don’t want anyone to take us back. The issue of Emeka Ike has long been settled. The media should not give him credence again. Mind you, Ibinabo did more than other heads of the body. She should be given kudos for that.”

Finally on AGN, Prince Dike dissed haters, asking them to remember that the guild was not registered as a government organ but by him and his colleagues.

“The AGN was registered by us. It’s not a government created body. So nobody can sack us as a board.

“What we are after is the welfare of the members of the guild and not what some people are saying somewhere that won’t take us anywhere.

“Foremost of that is how we can persuade TV operators using our movies to start paying royalties to actors. It’s a must-win task for us.”