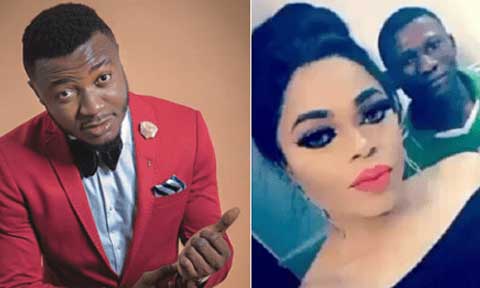 Recall, few hours ago we brought about the MCG Empire Leader, who said he has launched a desperate search for the transvestite’s former gateman, Jacob.

In a video obtained by Krakshq, Jacob revealed he has been working for Bobrisky for the past 6 months, and has never paid him a dime for his work.

Jacob also said after he featured in MC Galaxy’s song, MC gave him the sum of N40,000.. But then his Boss, Bobrisky, collected everything from him.

Following reports that Jacob had been fired, MC Galaxy took to his IG page to announce that he was looking for the former gate man as he’d some amount of money to give him. 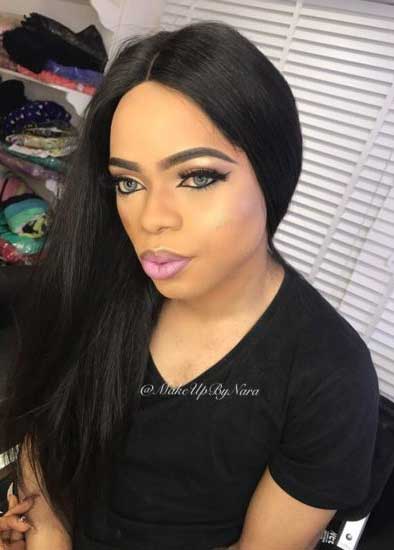 “JACOB IS NO MORE A GATE MAN ? So guys I came back from Miami 2 days ago and people told me JACOB can’t even work on the road again lol ,, So I think its time to Bless him , now I have a budget of 2million naira for Jacob ?. So I need you guys to advice me on what to do for him with 2million naira
BEST ADVICE WINS

He is on percentage of THE SONG JACURB DANCE ????? keep supporting others , and pls JACOB IS NO MORE A GATE MAN”.

In a later update, the singer said he was canceling a show in Rwanda because of Jacob and pleaded with his fans/followers to help locate the former gate man so he could take him to his village to go visit his father who is allegedly hospitalized. 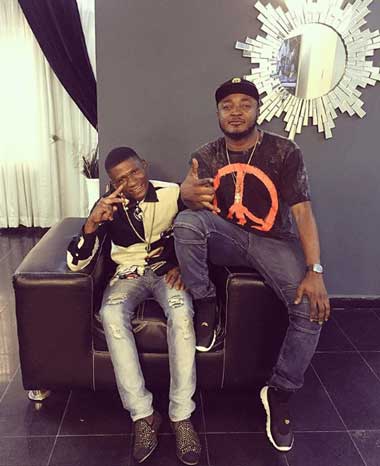 “I just heard JACOBS FATHER IS SICK , in the village and I was suppose to go for my artist show in Rwanda, but because of this I will not be going again. I must make sure I take Jacob to his village 2morrow to see his father in the hospital, Guys pls if u can find him tell him to call my sound eng. Ifx on +234 818 622 6242 now and we will take it from deer ?help one another #giversneverlack ❤️ “

Now, the popular cross-dresser has taken to social media to shred the singer MC Galaxy over the role he played in his gateman’s brouhaha.

He shared screenshots of their chats on his Instagram page and wrote;

“Morning guys…… I never wanted to address dis Jacob issue but I will say something now on it since dis stupid mc galaxy want cheap fame let me give it to him. Dis bastard called mc galaxy called me two years ago to dance to one of his music video. I drove there and after performing on his video dis useless idiot paid me 20k. 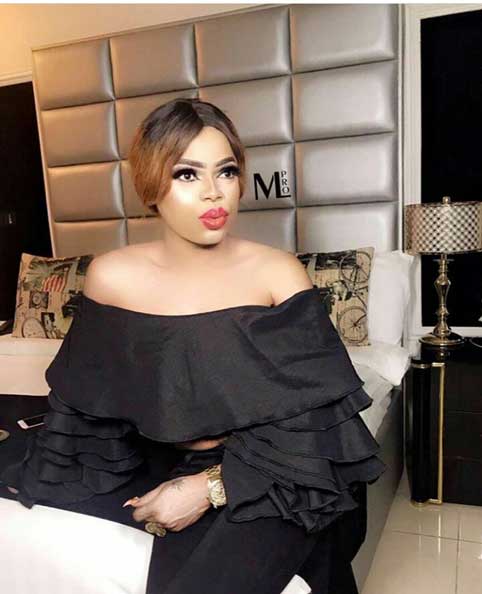 I laughed so hard cos I regretted not negotiating with him before d video. Few weeks later dis bastard called me again… that I should always promote all his music for him on Snapchat since have got many followers on snap and we both agreed 150k on every song. I was pushing dis foolish and destroy career song back to back with honest heart in which some of u can witness to it on my snap.

That was how I got to meet or know dis thing. Straight to d point. Mc galaxy will promise me 150k for a song den later pay 100k to my account.i used to imagine d way dis boy use to cal millions on his page to give followers but at d end with d day dis idiot don’t give them nothing…. so I believe he wanted to use me so I acted smart. 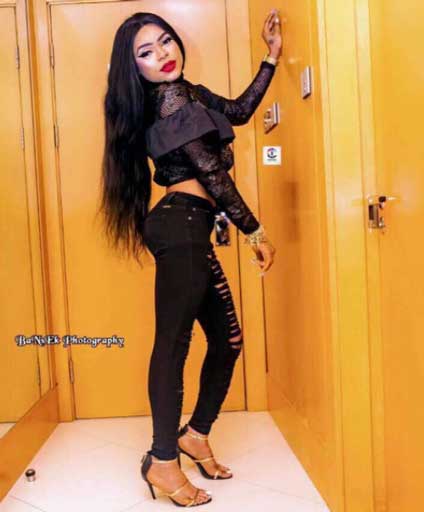 He called last two weeks that he want to drop a song for me and Jacob that should he go ahead ? I said if he want to. but he should know I won’t be able to promote d song now because I have other people job to promote. Then he said let him go and record d song first. After dis idiot drop d song.

He message me that d song is not going viral d way he wanted it that he will pay me for one month promo to push d song for him… I laugh ? and ask him how much is dis idiot paying he said he is paying same 150k and he will pay two times.

Pls guys dis dude is so fake trust me he lied so much and he pretend to be ur friend… but trust me he is a snake ?. Continuation of my story… after dis idiot said he was paying 150k I said okay. Den he credited my account with 100k first. And he said he will pay d balance later. Okay I danced to d song with Jacob and posted it on my page. 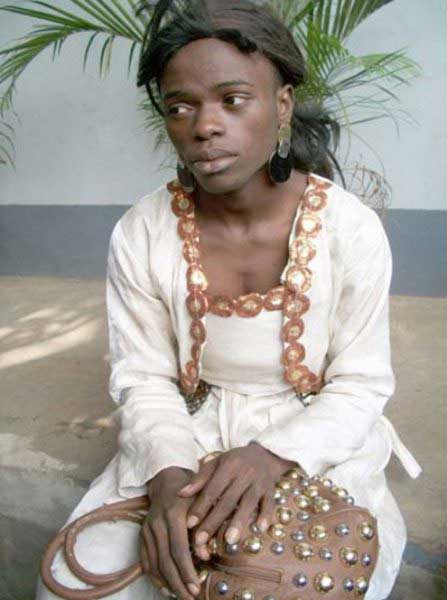 As usual as we all know his way always paying for add on all d blogs idiot. Have told him to go to his village to sell Camry spare part cos his songs are dead. Idiot davido drop banana follow me my brother also drop his dead song plantain fool. Wait 4 more”
He continued;

“Then mc galaxy called me last week again that he want me to release Jacob to come to his house ? that he is about shooting d viral video of Jacob dance ?.

Good I asked him how much is d idiot paying Jacob he said he will give him 5k for thanks for coming…. and i got angry and asked him y do u live fake life mc galaxy u used somebody name to sing and u still want him on ur video and yet u wanna pay d poor boy 5k.so I asked him to give him 50k else I won’t allow d boy go. A day before d video he called me at night and asked me to allow he come that I should dress him up well. 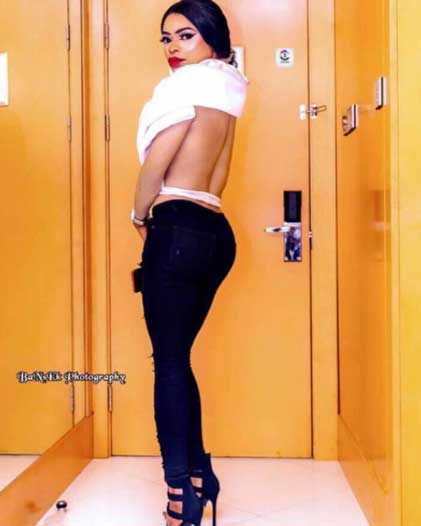 D following day I have Jacurb money to cut his hair wear shoe and a new shirt and also asked my bodyguard to follow him to mc galaxy house. After d video mc galaxy gave d poor boy 38,000. I was so mad that y didn’t u count d money before collecting it from him. He said he told him d Money was compete. So I called mc galaxy and he told me it was 40k he gave him.

Okay I move on I gave Jacob 15000 from d money to keep in his account. And d remaining balance I added more money to it and so my personal shopper to buy is food in d house. So that night on my CCTV camera I saw Jacob on a long cal at d bq I watch him cal for almost 1 hour and I called him who he was talking to. 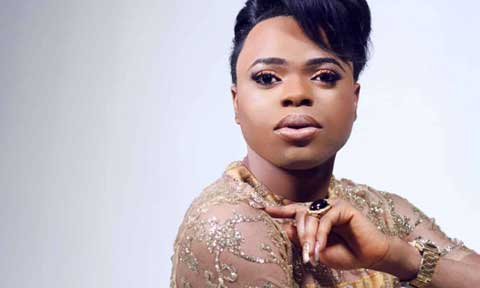 He said he father was sick ? that he need to go him fear enough I asked him wen he was going to his village he said in two days time but he will bring his friend to stay with me till he arrived back. I gave him 60k and also gave my driver 15k to go and buy him ticket at God is good motor park. He tricked my driver and said d bus don’t sell ticket until his ready to go. So we gave him all d money.

On Monday I traveled I wasn’t around so before leaving d house I asked him not to go with d iPhone 6 I bought for him that he should keep it wen he comes back he will continue using it. I don’t want him to misplace d phone. Jacob left my house on Monday night so on Wednesday mc galaxy was calling on his Song promo but I was driving I couldn’t pick. So d following day he said he saw Jacob on d road crying and he asked him not to talk to nobody that he gave him money. And my respond was a bit drastic I told him he is evil pure evil.”
He added: 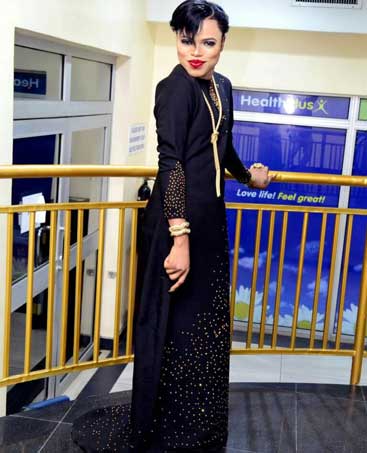 “U call urself my friend and u said U saw Jacob on d street crying wat are u suppose to do…. u are meant to cal me or drive him to my house. So he kept him in his house because dis idiots want attention badly….. your music career is zero so go and sit down. I see y davido team sometime beat up his ass dirty .

But u know wat u have mess with d wrong person cos I did u good by always pushing ur dirty career for u. And u claim u are a big boy common 150k for promo u can’t pay once.

Do u know how much I charge other people for promo see dis bastard because u are close pal I don’t usually charge d bastard. Even in USA I promoted ur artist song for one month without paying me not until after two month before u pay me. Yet u go dey call million for ur page fool. 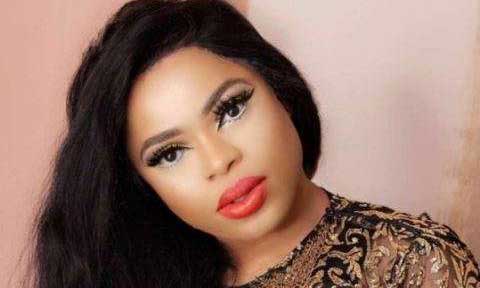 I never wanted to address dis issue but dis bastard was calling me to threaten me that by tommorrow he will cast me that I have been collecting money for promo but I don’t do it.

Idiot I promote people song depending on who paid first. U can’t expect me to promote someone song who paid since and promote d one that just paid. I will promote everybody song according to how u pay to me. I will show u guys his threat messages.” 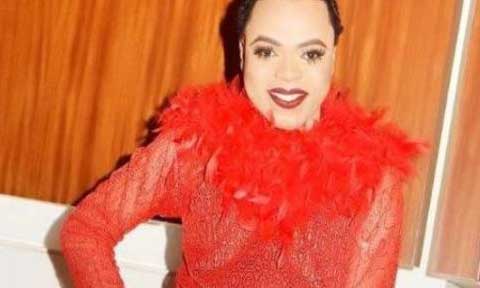