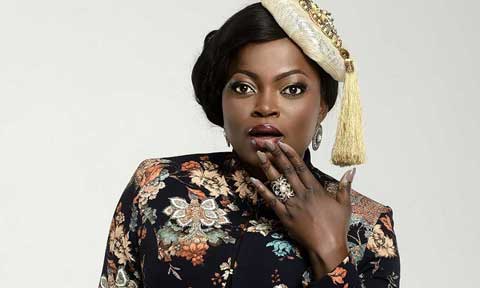 On July 7, the veteran actor had taken to Instagram to cry out for help after his belongings got soaked following the incessant rainfalls in Lagos.

“On behalf of PA JAMES,I Want to say Big thank you to @funkejenifaakindele for the the new apartment given to him by you. God bless you so much for your good heart Anikeademi your type is so rare..you are a gem. Almighty God will continue make way for you where dier seems to be no way.”

However, in an update, the veteran screen star has explained in a video shared by actor Kunle Afod that Akindele did not buy him a house but paid for an apartment for him to rent.

While thanking Akindele for her kind gesture and other well-meaning Nigerians, he said:

“God will keep you for helping me, i didn’t know people cared about me like this….I can’t thank you enough…for doing this to me while i am alive….to my fellow actors, you impressed me…..and thank you to Funke AKindele, i won’t lie she did me well….but i need to clear the air on the reports that she bought me a house,,,while passing on my street this morning, some area boys stopped me and hailed me saying they will visit me in the house Funke Akindele built for me…..and i was shocked….Funke only paid for an apartment for me to rent for the meantime……and i am truly grateful but she didn’t build me a house….”

Last week,the actor’s son, Samuel Ajirebi had taken to Instagram to share photos and videos of his father’s flooded house