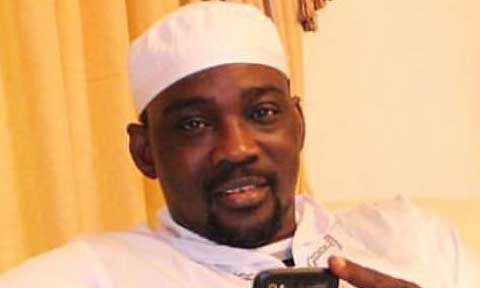 Alaba was send to an early grave by triggered happy police men who accompanied Fuji star, Pasuma wonder to a concert in their village in other to provide security for him.

The account of those present says no one can say why the police men fired at crowed but the incident happened immediately after the maestro had finished performing.

Aside Alaba who lost his life three other fans, Tunde, Johnson and Ahmed Olanipekun were injured and presently recuperating In an unnamed hospital.

In the words of Alaba’s family member , Sulaimon Ajani, “Alaba was returning from mosque where he went to observe the Friday prayer when a stray bullet hit him on the chest. In fact, he went to Ilogbo, a neighboring village to buy some materials for furniture. On his way back, he decided to stop over at the nearby mosque and observed his Friday prayers. As he left the mosque and was heading towards his shop, a stray bullet from police gun hit him on his chest.”

Ajani, who said he was still in shock over the sudden demise of Alaba, said that he even saw the deceased on the fateful day he died.
Mrs Angela John, a member of the community, described the death of Alaba as ‘painful.’

She said: “Alaba was supposed to move to his newly built house at Oko-Afo village before the policemen killed. Now, rather than move into his new house, he was buried there. He left his wife, children and aged parents behind. The policemen should not be allowed to go Scot free.”

After the bullet hit Alaba, he was immediately rushed to a private hospital in the community. He was referred to Igando General Hospital, but died on the way to the hospital.
John added: “What surprised us was that after the incident, the policemen ran away. They left the victims on the road, bleeding and writhing in pains.”

John, who said that the incident was very unfortunate, added that everyone in the community had been plunged into mourning.
The three other victims, who sustained injuries were said to have been treated and discharged from the hospital.

One of them, Ahmed Olanipekun, described his survival as sheer miracle and God sparing him.

Recollecting the shooting, Olanipekun said: “I was in the midst of the crowd, watching the musician performing when the policemen came over and ordered every one of us to move. We all tried to move back; before I knew what was happening, I felt something hit my right leg.

“Blood started gushing out of my leg. Everyone scampered for safety. Everywhere became rowdy. It was after the dust had settled that we got information that Alaba had died of the gunshot.”The two other victims Tunde and Johnson were said to have relocated to their parents’ village for proper medical treatment.

The Lagos State Police Public Relations Officer (PPRO), Olarinde Famous-Cole, confirming the incident, said the policemen had been arrested and detained. He added that they would soon go on orderly room trial.

His words: “Three of the policemen, who escaped from the scene, were recalled to the command, while one of them was arrested at the scene.”
Pasuma’s spokesman, Mr. Semiu Afolabi, when asked of the incident, said: “The policemen were hired by the organisers of the event, not Pasuma.

Moreover, Pasuma had already left the venue before the shooting incident. We heard that the policemen shot to the ground, the bullets bounced back and hit the victims. The organisers immediately rushed the vctims to hospital.”© Nigeriafilms.com