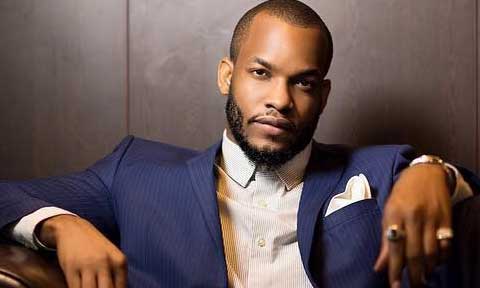 ” On this day 2 Years ago (7.8.15) i had an encounter with the Holy Spirit that changed my life, perspective and overall my entire being Forever.

There has been growth, ups, downs, challenges, misconceptions, attacks, mocks, gossip, sowing, reaping, healing, manifestations, uncountable blessings and miracles on this journey in such a short period of time BUT one things for sure, i have no regrets and would never ever look back.

READ ALSO: Only Polygamy Can Save Christianity –Ali Baba

I’m not perfect, would never be, still a sinner saved by grace, still struggle daily but would keep pushing this calling till my purpose is fulfilled on earth.

I’ll keep making Music for those that love it (not gospel contrary to what many believe lol) and keep living a regular life in a God guided way but do me a favor today and say a prayer for me that’s worth more than anything else.

God bless you all!”

Lynxxx in 2009 entered the scene with a game changing song ‘Change your parade’, and went on to drop 2010 album “This Is Lynxxx” and 2015’s “Jollof Muzik” under co-owned Syndik8 records.

In 2016, Lynxxx released a project titled “The Album Before The Album” following his spiritual awakening.

The singer on September 13, 2016 talked about being ready for marriage, while giving out some relationship advice founded on his new faith.

“I have learned in faith that finding Mr / Ms Right begins with someone who already knows who THEY are in Christ! Someone who has the Love and Fear of God would lead u closer to him, therefore, closer to “You” and ur destiny.

They say you can’t give what you don’t have, if all I have to offer is range and 6packs, that’s what I am bringing to the relationship table…
Therefore I can be a monster on the inside and treat u anyhow. But a Man or Woman with a good Spiritual Foundation is limited to the world by the fear and Love of God and the Word…”

Lynxxx dropped off videos for the lead single ‘Serve you‘ and a love inspired one ‘Characha‘ off the last album.