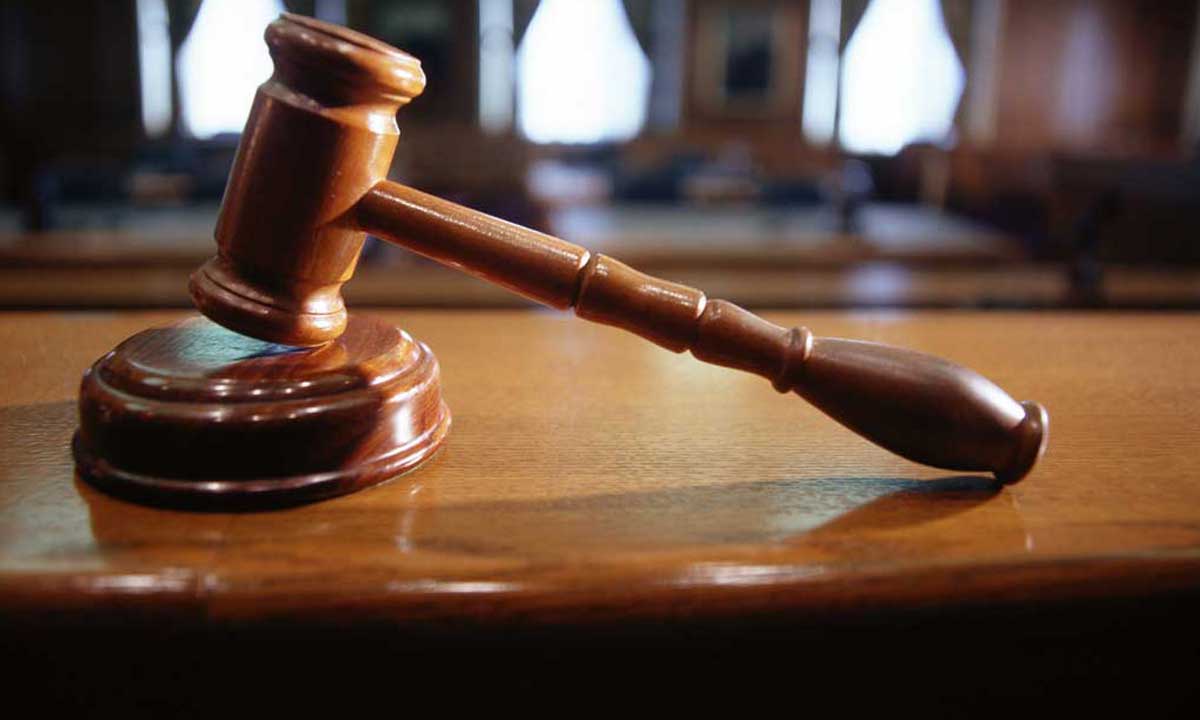 Born on May 12, 1952, Mary Ukaego, is a judge and wife of Peter Odili, who served as Governor of Rivers State from 1999 to 2007. She was appointed an Associate Justice of the Supreme Court of Nigeria by former President Goodluck Jonathan and was administered the oath of office by Chief Justice Katsina-Alu on June 23, 2011.

Bosede rose through the ranks as a Senior Registrar I, to become a Chief Registrar in 2009, till she was appointed a judge. She started her legal career with the National Industrial Court of Nigeria, Abuja in 2002.

Binta is one of the four wives of former Adamawa State governor, Vice Admiral Murtala Nyako (rtd). One of the most remarkable things that brought her to the consciousness of many Nigerians was her battle on the home from where she and the other wives of Nyako fought one another to occupy the office of the governor’s wife. The office of the Adamawa first lady was vacant for over 100 days as each of the four wives claimed to be the legal occupant of the controversial office.

Not too long ago, she was appointed as the new trial judge of the Indigenous People of Biafra (IPOB) leader, Mazi Nnamdi Kanu, which the group expressed total rejection.

A judge of the Federal Court of Appeal, Justice (Dr.) Chioma Nwosu-Iheme, is the first female judge in Nigeria to read Law up to Ph.D level in the field of ‘Law of Intellectual Property’.

Oluwafunmilayo is a Jurist and incumbent Chief Judge of Lagos State. The former judge at the High Court of Lagos State, is married to Arch. Bishop Magnus Atilade, a gregarious socialite and president of the Gospel Baptist Conference of Nigeria.

She was born in London, England, on September 24, 1952. Oluwafunmilayo started her law career in 1977 at the Federal Ministry of Justice as a State Counsel. She later joined the services of the Nigerian Ports Authority as a senior legal officer in 1979.

Having worked for three years, she was deployed to the Lagos State Judiciary as Senior Magistrate before she later became Chief Magistrate Admin at Apapa Magistrate court.

In July 1996, she was appointed Judge of the High Court of Lagos under the administration of the military administrator, Mohammed Buba Marwa. And, on August 20, 2015, Oluwafunmilayo made history when she was appointed Chief Judge by Babatunde Fashola, then governor of Lagos State, to succeed her sister Ayotunde Phillips. She is the 5th Lagos female Chief Judge.

Eberechi, First Lady of Rivers State, is married to Governor Nyesom Wike. She is a judge of the Rivers State High Court of Justice and was born in Odiokwu, Ahoada, on May 24, 1972.

She attended Rivers State University of Science and Technology, where she received her LL.B. (Hons.) in 1996. Following her graduation, Eberechi enrolled in Law School where she earned her Barristerat- Law degree (B.L.) in 1997. She also holds a master’s degree in law (LL.M.) from the University of Sussex.

Eberechi joined Efe Chambers as Legal Counsel in charge of litigation. She was later selected to serve as Magistrate Grade I. While in the service, she rose to Chief Magistrate Grade II, and from there became High Court judge in February 2012.

Fati, CON, was a former chief judge of Niger State, and founder, Women’s Rights Advancement and Protection Alternative (WRAPA). She is married to former head of state, Gen Abdulsalam Abubakar, and retired recently from the services of Niger State government, at the age of 65.

Maryann is the youngest of the three wives of Chief Anthony Anenih, former chairman of the Peoples Democratic Party Board of Trustees (BOT), who is better known in political circles as Mr. Fix-It. She is a judge at the Federal High Court in Abuja and daughter of a local government chairman in Edo State.

A judge of the Rivers State High Court, Justice Harriba Judith Dagogo-Jack, is the wife of Engr. Reynolds Beks Dagogo-Jack, the former chairman, Presidential Task Force on Power (PTFP) as well as former Commissioner for Works and Transport in Rivers State.

Boyede, wife of the Ibadan-based lawyer, Adeniyi Akintola, Senior Advocate of Nigeria (SAN), has been described in legal circles as humble, amiable, beautiful, dutiful, and hardworking. She is a Judge of the High Court of Oyo State.

Not much is known about this woman of the bench, but her legal luminary husband was counsel and legal consultant to various state governments of the federation, federal government and some local government councils at one time or the other.

Akintola was also a lead counsel in the celebrated case of then Governor Rashidi Adewolu Ladoja impeachment saga (Inakoju V. Adeleke) in which he was said to have done something very novel in the history of Nigerian legal jurisprudence that led to the reinstatement of Ladoja.

A judge of the Lagos State High Court, Justice Jumoke Pedro, is the wife of bankerturned- politician, Femi Pedro, former Lagos State Deputy Governor. Prior to his election alongside Bola Tinubu, Pedro was a partowner and the chief executive officer of First Atlantic Bank, which later metamorphosed to FinBank.

He was said to have been drafted into politics due to his Economic background, and was widely regarded as one of the bedrocks of the economic revolution which Lagos enjoys today.

Also a judge of the Lagos State High Court, Justice Oluwatoyin Taiwo, is married to a foremost legal practitioner, Taiwo Taiwo. She was Chief Registrar before her elevation to the bench as a high court judge in 2004.

The couple has the privilege of being the first husband-wife sitting judges as the husband was one of the 30 judges of the Federal High Court sworn on December 2, 2015.

Kudirat is a justice of the Supreme Court of Nigeria. The University of Lagos and London School of Economic and Political Science-trained graduate is married to Akin Kekere-Ekun, a distinguished retired banker and onetime Managing Director/Chief Executive Officer of now defunct Habib Nigeria Bank Limited.

Kekere-Ekun was also former National Council on Privatisation (NCP), Nigeria’s privatisation regulatory authority. Kudirat is said to be the youngest female jurist at the Supreme Court. She was born on May 7, 1958.

She rose from the post of Senior Magistrate Grade II with Lagos State Judiciary to her present position as a Justice of the Supreme Court of Nigeria. As a High Court Judge, Kudirat served as Chairman, Robbery and Firearms Tribunal, Zone II, Ikeja from 1996 to 1999, where she was said to have delivered so many landmark judgements.

She was appointed to the bench of the Nigerian Courts of Appeal in 2004 where she served as a member of the Court of Appeal ICT Committee between 2011 and 2013. Some people have dubbed her another ‘Margret Thatcher’, but her colleagues see her as a firm believer of substantial justice and someone who would not substitute the substance of the law for technicalities.