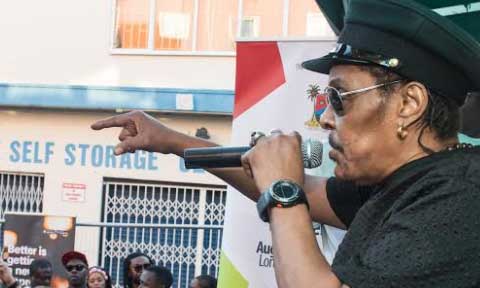 They told the News Agency of Nigeria (NAN) in separate interviews that neither the state government nor the planning committee had reached out to them.

They alleged that nobody had asked them for inputs on what musicians and other genre of artists could contribute professionally to make the event evergreen after its conclusion.

They said that three months to the event proper, they ought to have begun creating pre-event awareness.

Many residents of the state were not aware that any celebration like that would hold in May because there were no jingles on electronic media or bill boards promoting it.

The organizers should prepare well ahead of time instead of resulting into fire brigade approach few weeks to its commencement.

A popular musician, Mr Hassan Ibrahim, popularly called `Kerewa 1 of Africa’, told NAN that the celebration would be incomplete without artistes’ involvement.

“Artists have a vital role to play in the celebration. Lagos is worth celebrating historically, economically and this will be better achieved through entertainment that will be provided by artists,” he said.

He said that artists should be fully involved in the programmes because they would be providing the needed publicity for the event ahead of its debut.

That would be part of the adequate planning needed instead of resulting into fire brigade approach a few days to the event, he said.

Also, an Afro musician, Mr Stanley Otulaka, popularly called ‘Jstanly’ said Lagos being the heart of entertainment in the country should spread its tentacles to accommodate all professionals for such a memorable celebration.

“A celebration as unique as this should not be limited to a few; its organisers must spread its tentacles to include people from all relevant sectors.

“It must include those from the entertainment world which will be the heart of the show,” he said.

Similarly, Mr Enojoh Alhassan, also known as `the king of Kekeso music’, said that artists had many potentialities to show about Lagos, being one of the highly-rated commercial cities in the world.

Alhassan who said he had spent 18 years in the music industry, said, “ The organizing committee should carry the artists along in its plan of actions for the forthcoming `Lagos@50’ celebrations.

“ Lagos is the New York of Africa, the organisers should be more liberal in their scope regarding those that will be invited for suggestions on how to make the celebration unique and grandeur.

Ibrahim Olayiwola , also known as `Small Face’, a reggae musician, said that he was not aware that a celebration of such a magnitude was in the pipeline.

`Small Face’ said that he only got a glimpse of the information at the Freedom Park in Lagos during a night show.

“I don’t know how `Lagos @ 50’ will look like without artists’ involvement,” he said.

Another raggae musician, Lucky Omoviode, told NAN that Lagos was worth celebrating because of its uniqueness of being a city/state that had been accommodating residents with cultural and religious diversities.

Also, a production manager and script-writer, Mr Osajie Osawe, said that the preparations for the celebration, especially, in the suburbs of the city should have begun six months ago.

“The suburbs of Lagos should have been bubbling by now.

“Residents of Ajegunle, Mushin, Apapa and others, which are the heart beats of Lagos entertainment, should have started pre-celebrations activities some months before now, “he said.

However, the coordinator of the Artistes’ Village, located within the National Theatre, Lagos, Mr Tope Babayemi, urged the organising committee to seek inputs from all relevant stakeholders in the state so that the celebration would be successful.

The News Agency of Nigeria (NAN) reports that Lagos State was created out of the old Western Region on May 27, 1967 to become one of the 12 states in Nigeria by the military administration of General Yakubu Gowon.

Sequel to this, Gov. Akinwumi Ambode of Lagos State had to inaugurate a planning committee for the ‘Lagos @ 50’ on Feb.10, 2016 and he named the Nobel Laureate, Prof. Soyinka, as its chairman.

Where ‘N’ When
6 months ago