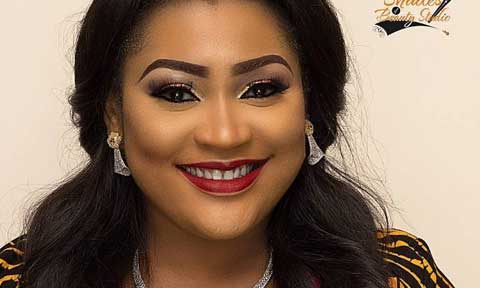 The Abia State-born International Relations graduate is said to have over 200 movies to her credit. She took a brief break from the silver screen to attend to family matters but is back on the scene again. The beautiful mother of two speaks with ABIOLA ALABA PETERS on marriage, motherhood and bouncing back in her career

How did you get into Nollywood?

Well, I would say I stumbled into Nollywood. My encounter started when I met Larry Cole Sweat whose daughter happens to be my friend. He introduced me to Nollywood in 2002; I was an undergraduate then. My first movie was ‘Fear of the Unknown’. By 2005, I had taken up acting as a profession.

What has been your best moment as an actress?

That was during my traditional wedding when the whole village came out to see their goddess. Some dignitaries in my village were in attendance, including my Igwe. The respect and recognition given to me by my state to grade the roads just for my guests to have good access to my home, the spark of pride in my father’s eyes recording the most successful and crowded event till date in my place. It was indeed a great honour.

Which movie would you say shot you into fame?

That will be the film, ‘Nothing for Nothing’. It brought me to limelight. 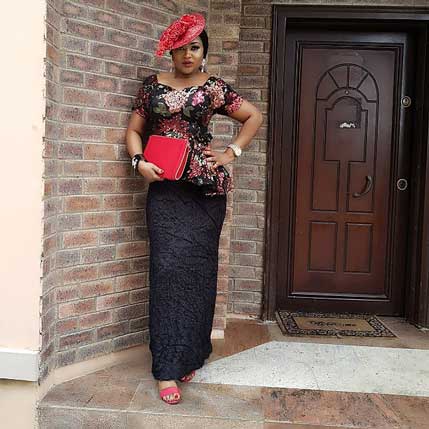 How do you successfully manage your career and motherhood?

Those are two major responsibilities for me and they are very important individually. One means life to me and is the very essence of my existence, while the other puts food on my table. So I carefully attend to both critically to avoid lacking in any area of my responsibility and career.

Unlike before, we hardly see you in movies, why?

Yeah! At a point, I was out of town. I needed to attend to my family among other things. Right now I am back in business. I’m currently working on a movie set. I still do movies but selected ones.

Talking about selection of movies, what do you look out for in a movie, before accepting to be a part of it?

I look at the story; the storyline is very important to me. It must be in the positive direction. I don’t involve movies that project or promote nudity in any form.

You seem to have this burning desire to help people, especially, the less privileged; any particular reason?

It was borne out of love for the needy because I believe God placed us where we are simply for the sake of others. And the desire to put smiles on people that desperately need help and are ignored because some organisations are not fronting them as less privileged or they are not in one categorised home or the other. The bible says love your neighbour as yourself and God is indebted to anyone who lends a helping hand to the poor. I might not have much but the pain in my heart seeing homeless and hungry children with their helpless parents pushed me to reach out because they were badly affected by the flood and really needed food to survive. 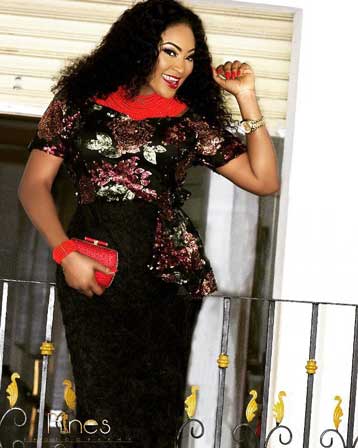 Your daughter’s name was registered with the foundation, why?

Yes, the foundation was registered with my last baby’s name. On her birthday eve, I had a dream and in that dream I was looking everywhere for her and then on the TV in that dream, I saw her with helpless children playing and skipping and giving them food and cake and then in the dream I ran to the kitchen to find out that all the food we made for her birthday party was gone. I started looking for her and when I saw her she said, ‘mummy I’m having the best party of my life’. I woke up but I couldn’t do anything because I was not financially capable then so I decided to register a foundation for her and to the best of my financial ability reach out to the needy in every way I can in her name so she can grow up with it since that is God’s message for her.

What has helped you stay fresh, young and healthy?

Well, I eat right and stay completely off junk food though I eat very well and most importantly I don’t do late night foods. I don’t eat after 6pm and I take my stay fit herbal tea twice daily; that keeps me feeling healthy and clean on the inside, I also snack on fruits and garden eggs.

What is your take on high rate of promiscuity among Nigerian actresses and why do we have such a situation in Nollywood?

Well, I don’t understand what or where you got your facts from but what I know is that everyone ought to speak for herself. That we are in the limelight and have admirers from the opposite sex doesn’t mean we are sleeping with them. Just like there are married women out there that are enjoying extramarital affairs, so is it obtainable in Nollywood and it is totally a personal decision. There are still many married women that are very faithful in their marriages and have been unjustly accused because of these generalised insinuations.

Talking about admirers from the opposite sex, how has it been putting them off, being a famous actress?