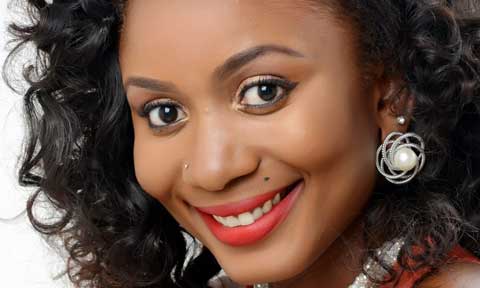 In this interview, Ebeye denies the rumour that she had the child for a certain married man, she also gives the reasons why she is still unmarried and why people call her prostitute.

How has life been since the beginning of the year?

It’s been amazing for me; different dreams, different aspirations. I wake up every morning feeling totally different. I must say so far this year looks like one of my best because I know God has a larger thing in store for me.

You’ve been away from the movie industry for a while, does that make you feel bad?

It doesn’t. I would be back soon. But for now, I need to look into other fields and improve myself. I’m currently in a film school in Canada.

What inspired you to study more?

I’ve always known I would go to school for another course, and it would definitely be filmmaking. It’s always been my dream and I’m living it now. So, I’m super excited.

When should your fans expect you back to Nigeria?

I’ll be done with school in 2018, so I would be back at that time. But I have a couple of projects I would come into the country to work on. I’m not around but they would still see my work. When I’m back fully people would get a more improved me and they would be glad I took this break.

How do you cope with school and single parenting?

I cope perfectly. I take my son to daycare after which I go to school. When I’m done, I’ll pick him up and we go home. When he’s awake, I’m doing what I have to do. Then when he is sleeping, I sleep a little too. I just work around him. Everything I do has to correspond with his and it makes parenting so much easier that way.

You faced lots of criticism on social media after the birth of your son, how do you handle critics generally?

(Smiles) Na dem get their mouth. It doesn’t affect me one bit.

Has criticism ever made you cry or regret getting pregnant in the first place?

Nobody in this world can make me regret having my son. That’s the best decision I ever made in my life. Do people cry because of social media? I doubt it.

I read in one of your interviews that you are not in good terms with your baby daddy, has that changed?

Yes! We are in good terms. People fight and people make up. We’ve made up.

Has he seen his son?

Is marriage plans coming up soonest?

Can I take that laughter to be a resounding yes?

I never said so. Do you want Aso ebi? Don’t worry when it’s time you will be invited. Don’t mind me, I’m always laughing.

If the opportunity comes, would you marry one of your colleagues?

(Laughter). No I won’t. I wouldn’t have minded a few years ago but now I don’t think so.

Are they not your type?

Do human beings have types? We say one thing today and say another tomorrow. There is nothing like type, I just wouldn’t want to.

Would you venture into movie production when you are done with school?

Are you going to do a movie based on your life experience, like a true-life story?

No, I won’t. I’m working on fictitious stories.

What has your break in the entertainment industry taught you?

Talking about family, how did your parents react when they knew you got pregnant out of wedlock?

My mum told me it’s my life, my decision and not hers. I have amazing parents. I have done my obligations as a child. I got my Bachelor of Arts degree when I was 19+. And I made a decision (to have a kid) when I was 29. So, there’s really nothing to worry about.

So, you got your Bachelor of Arts degree at 19?

After you bagged the degree at 19, what was next for you?

I dropped it and asked my mum if she could introduce me to Osuofia (Nkem Owoh), because I was ready to act immediately. I reminded her that I’ve done my part of the bargain; I’ve gone to school. Anyway, I later started modelling not too long after; then acting came.

So, you practically went to school to please your parents?

(Laughs) Yes! I didn’t like school, but at some point, I just wanted to be like Genevieve Nnaji. I was watching too much of Sharon Stone movies and used to dream of becoming someone like Tina Amuziam, Gloria Young, Ann Njemanze, Ayo Adesanya, and Shan George.

And when you finally met them, you became fulfilled?

Sure. I haven’t met all, though.

Looking back, how challenging was it for you to break through?

Sometimes I got so broke I couldn’t make it to auditions. I wasn’t used to ride in buses. But after my allowance and modelling money finished, I had to start jumping into buses. I remember one day I took one of those big buses called Molue to an audition. When I got to my bus stop, I started shouting ‘stop stop’. The bus conductor looked at me and said ‘so, I go stop because you be Miss Nigeria? Abeg hold my hand and make you jump’.

When I tried to jump, ha, the way I fell down wasn’t funny at all. Till today, I still nurse the swollen ankle.

How then did you cope with the audition you went for?

Me? I still went there limping. Another day, my friend and I tried to take a bus. Next thing, I couldn’t find her again. Then I noticed she was signaling at me. I looked up and there she was in a Molue. I just told her that we would meet at the audition. I waited and took a small bus (Danfo).

When you finally became a popular face, have you encountered any sort of embarrassing moment?

I can’t think of anyone really. It has been more of good memories. Good comments.

Even with some stubborn male fans?

I have heard some people call me prostitute probably because of a role I played in a film. At that time, I was officially deaf. I didn’t bother myself with the comments. I’m of the school of thought that you’ve got to do your roles the best way you can, to make them real. Let it be believable then you’ve done your job. If I play a role of a prostitute and someone sees me and says ‘ha, I watched you, I know you’re not like that but you tried’. Then I have failed in my delivery. But if you see me and feel I am one of those call girls who hang around at night at Allen Roundabout, then I have done my job well as an actor and I deserved the money I got paid.

Last year, your mum remarried and tongues wagged that you remained single while your mother got hooked, how did you handle the situation?

Dating and having a child for a married man unknowingly, you might have learned one or two lessons, what’s your advice to ladies about men?

First of all, it’s very pathetic that a blog would not confirm its news first before posting. How can they just sit, imagine and sell lies to the public?

They claimed I got pregnant for a man that I met once in my life at a function. This same man is a happily married man with children. He has them all over. How could that man have denied his status to anyone? Do they want to break the man’s home? I don’t know what they are talking about. Then they photoshopped my son’s picture with him and put it on the Internet. My son would grow up and wonder why that ever happened.

Please, my son’s father is not married, and that man (in the picture) is not my son’s father. It’s just a figment of someone’s imagination and the person was trying to make his or her story sweet. These people should confirm their stories before they post.

What would make you more fulfilled as an actress?

When I become a producer and start doing my own jobs. That would be the beginning of another journey of my fulfillment as an actress. When I can do my own films and direct some of my jobs; that would be the highpoint.