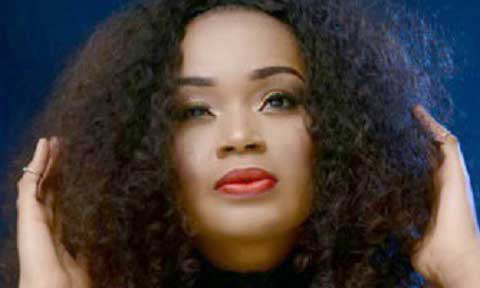 This is coming after her ex-lover dumped her a few years ago. However, the experience was the starting point of her movie career, as the heartbreak took her to another level.

I choose acting because it’s something I have strong passion for. It’s like a burning fire inside of me. I would have been a teacher if not acting.

Aside acting, I’m an entrepreneur. For me, acting started way back in 2011. After graduation when I had a serious heartbreak, one voice said to me ‘why do you want to kill yourself over a man?’. It’s more like why don’t I go out there to show the world what I have inside of me. So, that was how I carried my bag and left for Asaba.

Trust me, s*x for role is actually not my problem. I don’t care about other people’s privacy. I care about my life and to the things ahead of me.

I will give it to ‘Ojukwu the Warlord’. I acted alongside Queen Nwokoye, Eniola Badmus and a few others. It’s really challenging, because I played the role of a ghetto girl. Not just that, a fulltime ‘Agbero’ in a local park.

For me, it’s just the passion that motivates me. The zeal to bring into limelight that talent inside of me is basically the motivation.

I’m nice to them, though I put limit to our various levels of conversation. I really don’t cross boundaries.

I’m currently working on a movie entitled ‘Ogazi.’ It’s really not mine, as I’m only co-starring.

It’s the day a producer said he won’t be paying me after I acted on a job. He said, ‘I am doing you a favour’. I can’t forget that day as it made me cry.

There is nothing I can’t let go. In fact, everything associated with me is very important.

Yes, I do have my regrets. There are people I associated myself with in the past that today I wish I never did.

It’s his sense of humour and maturity, that’s what will attract me to a male.

It’s seeing me in that next and big level where my career will be appreciated by everyone in the world.

Youths shouldn’t lose hope because the future is bright than they can imagine.
***
Via Sun News