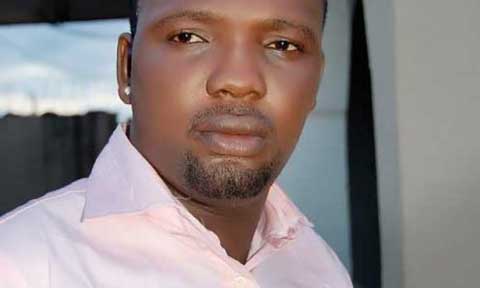 On his marital life, Yomi Fabiyi disclosed that he will start having children at the right time.

What do you think are the challenges facing Nollywood?

A quite number of things and honestly, the industry needs fresh and pragmatic ideas that will sincerely save the industry from nose-diving.

I am afraid I cannot comment on such as I didn't read the full text of the interview or know from which angle the person is speaking from. I rather save my breath on that.

But do we have less Yoruba films at the cinemas compared to English movies?

I don't know what you mean by English producers. Tunde Kelani, Kunle Afolayan, Tade Ogidan, Funke Akindele, Dayo Amusa, Iyabo Ojo, Sewa Coker, Foluke Daramola and so on are example of Yoruba producers that have attended the cinemas. I only believe there are criteria for accepting a movie in top flight cinemas and any quality movie will make the cut though what we have now. Foreign movies have priority than local contents and that is a topic for another discussion if I am permitted.

Ok, between the English movie industry and the Yoruba aspect, which is more promising?

There is no basis for comparison. Comparison is a proof of nothing. I can flourish either as a Yoruba or English speaking actor. So I prefer to talk about the movie industry and not a clan.

What is going on between you and Saudi Balogun?

The only thing I know is that he is an actor and a senior colleague.

Why did you leave TMA for TAMPAN?

Some things are better left unsaid. I later joined TAMPAN because as an actor most of the people I leaned on when I was starting off over a decade ago are there, they are welcoming and patient with some of my previous wrong step, yet making me understand they will always welcome my likes among them as at when due. It is the kind of body and structure a lot want that is being put in place in TAMPAN. It will be very easy for majority not yet with them to fall in places under them now, not just me alone.

Are you aiming for any position in TAMPAN?

I have never thought of it for a minute. Though, this is a body that has most of my boss as founding fathers. It will be hard to reject their request but I don't see that coming. I didn't show interest to contest and nobody is yet to ask that I serve in any capacity. But as a member, though with limited powers and chances, I will still offer my little contributions. I want to believe they have good guys vying for different positions already.

How do you intend to combine TAMPAN with your 'Save Nigeria Movie Industry’ group?

I am only a member with TAMPAN, however, my NGO is a Nigeria project, not for the movie industry alone. But for clarity, our first project in the ‘Save Nigeria Project’ is #SAVENIGERIAMOVIEINDUSTRY. We aim to focus on a scale of preference those sectors of the Nigerian economy that are malfunctioning, abandoned or ill-equipped and have invariably kept the social-economic state of this country into perpetual life support and intensive care unit. As filmmakers, for the first time in this side of the Atlantic, we wish to contribute directly our quota to national development and restore the integrity of this nation. So nothing conflicts. The Save Foundation is a vehicle I need to spread my gospel and I can journey with several other related vehicles, provided we aim at common goal.

What is your take on single parenting in Nigeria?

It is so sad that this country is yet to come to terms with the fact that the basic foundation of marriage has been broken. Parent don't investigate the family their wards are going into, children get married for wrong reasons. Marriages no longer last. Yet the stigma attached to single parent in the old days is yet to leave. Some spouses are better off alone with their children than in that marriage. If the stigma is taken off and people can understand that there is clear difference between marriage and making children. Some men marry their wives for the sole aim of making children and get someone to keep and lord over at home. If you think your marriage gives you too much pain and you have your hand work or employment, go after your peace and happiness. Young couples these days are too violent and dangerous. What they do to other people's spouse readily comes to their mind at any slight suspicion. Most lead to injuries and death.

Did you have a child out of wedlock and why do you think women are at the receiving end?

I have son, his name is oluwametomi. It is peculiar to the women because they are larger in number, they are weaker vessels and they trust quickly. But all in all, not everybody are meant to be together, most especially majority of us scale fences and hurdles of a normal relationship and head straight for marriage.

Where is he now?

My boy is with his mother in South Africa.

Do you still cater for his upkeeps?

My brother, that is a funny question. I will always care for every legitimate child of mine except where the mother wishes to run a charity and arrogantly takes over all responsibilities. And honestly, it is not easy for either a man or a woman to single-handedly raise a child. Those that do such are really trying. Kudos to them, no matter their alibi's.

You recently accused someone of not wishing you well because of your choice of marriage, how true is that and why?

Ha Ha, wish me well indeed. The person retorted that I should consider what people will say if I marry such a person. I don't live my life on public opinion. Sometimes, people need something to talk about. I alone know the real reason I went into the union and it has nothing to do with the people’s opinions. Though, I am not willing to convince anyone further, I do what pleases me and gives me joy; temporarily or permanently provided it is nothing criminal, immoral or anti-social.

In an interview, you claimed you married a foreigner because they are more understanding. Do you mean Nigerian women are not understanding?

I am sure you know by now I have my personal experiences. I have asserted that from what I have gone through. The other few Nigerian women I would have loved to be with despite my terrible and bad experiences are taken or not looking at my side. I have to appreciate what I have at the moment. No malice was intended against Nigerian women.

Why are you delaying in having a baby with your wife or is it because of money? Another child or children will come. It is not easy raising one let alone two, three and so on. I just wish to have my children with the right woman. A wrong one hurts for a long time if not for life.

But you have the right woman already, because people will like to come rejoice with you

They will be welcomed when the time is ripe. Na small remain

So, what should your fans be expecting from you anytime soon?

My two movies; one is English ‘Father Mose’ and the other a Yoruba movie ‘Metomi’. Then my foundation, ‘Save Foundation’.

With your wife based in England, how do cook with house chores?

I get help where necessary; manual or mechanical help.