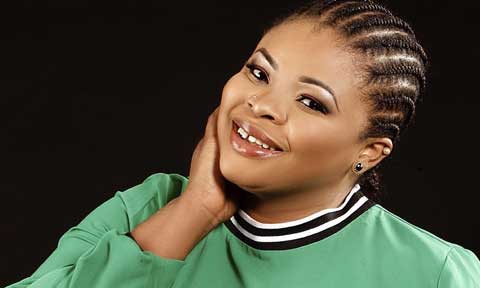 Over the recent  sex scandal of Iyabo Ojo and portharcourt base pastor, David Ibiyiome who Is the founder of Salvation Ministries, Dayo amusa is shopwing her solidarity to her friend.

This is coming after the arrest of Nigerian journalist, Kemi Olunloyo who is currently detained for breaking the news of the duo been in a relationship.

Her arrest has triggered a remembrance of the scandal that was gradually disappearing from the thoughts of many, since the actress never accepted or refuted the claim.

This had caused outrage on social media as many were of the Opinion that Iyabo Ojo had allegedly influenced the pastor to take legal actions against Kemi Olunlonyo, and this since followed with heavy backlashes.

However, this had triggered Dayo Amusa trying to stand up for her friend and colleague and she pens down an epistle which depicts her been pissed.

She said: “CELEBRITIES are not supernatural being.

Its so PATHETIC of anyone to think otherwise... WORDS!!!

Those five letters can make or break anyone.

D words u hear can either lift u up or bring u down.

D words u say to someone can either uplift them or destroy them.

I see & read a lot of postings on social media & some of these words cuts deep. Forget about d usually high school bullies. High tech bullies (cyber bullying) are deadly!!!! D way you people furiously attack other people's picture, career, family, even worse, children is terrible. It's even more disheartening when I see grownups doing this.

How does one criticized their fellow human being in such manner? Hiding behind d keyboard to make other people miserable will never add values to your life. I have noticed this predominantly among Nigerians/Africans.

Don't get me started on Nigerian artist both actors & musicians. There is something called constructive criticism or unbiased opinion. I must commend Nigerian artists, they are actually doing their best with what they've got in a country as frustrating as Nigeria, no light, no water, pricy fuel & bad road, currency inflation, and they still managed to produce decent movies.

Nigeria's movie industry has actually improved a great deal, most especially d Yoruba movie industry. We have great actors and procedures producing & acting in great movies. It's sad to see that these folks still get attacked on social media. People felt it's their calling to meddle in these people's personal life. These folks are not made of stones. They have feelings just like u & I.

I don't think I can sit back & let anyone attack me or my family like that. Only a coward sits behind a screen & a keyboard & bullies other people. We need to do better, let your words encourage, lift & build others. Remember we'll all give an account of every idle word.

Let's build each other up.

If u have to say something think about your words. if u are in d other person's shoes, hw wil u feel if those words are spoken to u? Life is difficult enough for us to be tearing each other down.