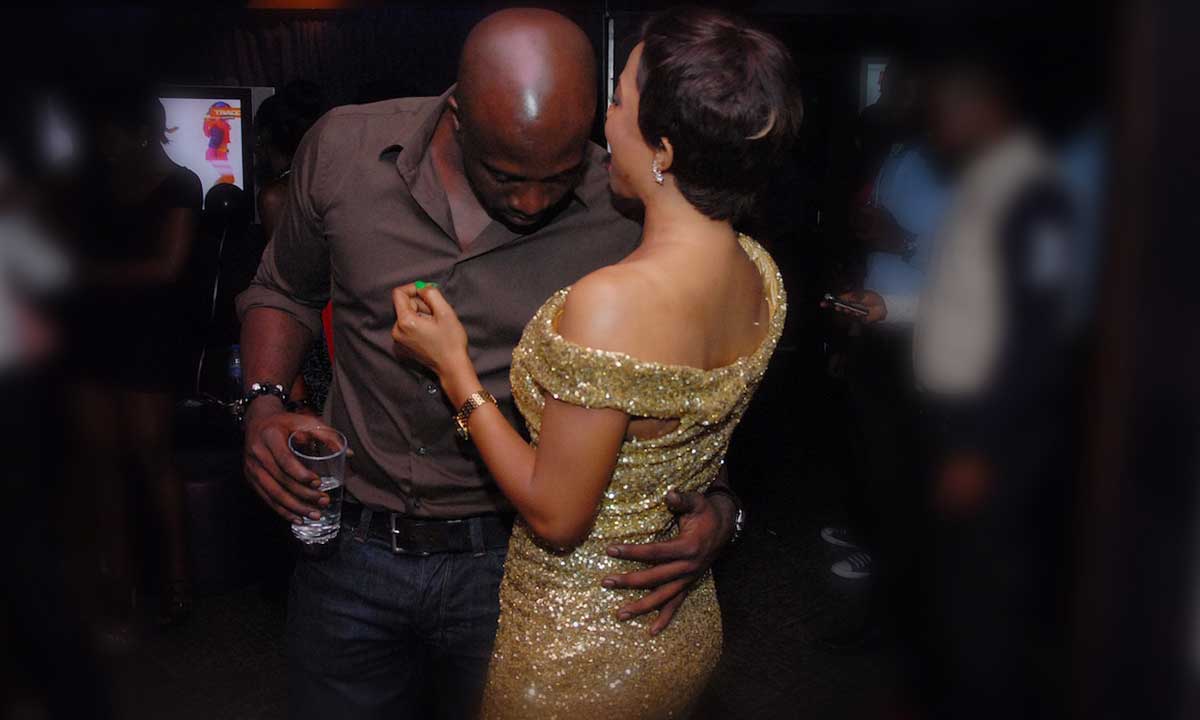 The pair were seen together at Future Awards Africa, which took place last night, Sunday, December 7, 2015. Although they arrived at the venue separately, the camera later spotted them chatting and necking during Jagged Edge’s moving performance.

Few months ago, the media had gone agog with the reports of how Maje, the health and fitness expert, impregnated his ex-girlfriend, Anita Solomon who later had a baby boy.

However, from all indications it seems, Toke and Maje have settled their scores and ready to give their marriage another shot.

Toke Makinwa (born 3 November 1984) is a Nigerian radio personality, television host, vlogger, and author. She is known for her book, On Becoming, hosting The Late Morning Drive on Rhythm 93.7 FM and her YouTube vlog series Toke Moments.

Makinwa was born on 3 November 1984 in Lagos state. She went to high school in Federal Government Girls' College Oyo, Oyo State and graduated from the University of Lagos where she earned her Bachelor of Arts in English Language and Literature.

Makinwa (along with Tosyn Bucknor and Oreka Godis) was announced as one of the hosts of 3LiveChicks, an entertainment program which was initially launched only on the Web but was later extended to terrestrial TV stations in late 2012. Makinwa did not renew her contract with Flytime TV for season 2, and was subsequently replaced by her radio colleague Omalicha.

In January 2014, Hip Hop World Magazine announced Makinwa as the host for its latest show Trending which debuted on Valentine's Day.

On 21 May 2014, it was reported that Makinwa would be joining the Moments with Mo team on EbonyLife TV as a guest host. She has since featured in many episodes on the EbonyLife TV Network.

In 2010, she hosted the Most Beautiful Girl in Nigeria beauty pageant.

In November 2016, Makinwa released her autobiography On Becoming. It tells of her struggles in life after she lost her parents in a house fire at the age of 8, as well as growing up and her version of what led to the break down of her marriage to Maje Ayida.